AN OASIS OF HUMANITY

Translation (request) of a piece I wrote in Dutch

This afternoon the market square in Purmerend, a city not far from Amsterdam, is very busy. Many people are searching in the stalls for ‘new’ products. The coffee and apple-pie that I ordered could be considered as a reward for my cycling tour up to now. The taste is excellent and the friendly service an invitation to come back. This is Bownies&DownieS, a lunch café where people with disabilities are working.

ONCE UPON A TIME THERE WAS AUSTERITY

Translation of an article in Dutch I wrote some time ago.
In a kingdom, far away the population traditionally showed great respect for elderly people. This was reflected in the way they were treated. Earlier, it was usual that relatives such as children took care of the oldest in the family. This changed however, because of the increase of the number of people getting older than 65. Of course, they started to use robots being able to keep elderly care payable. Nice friends without a soul, however it is possible that you don’t notice this when you are at a certain age. Until that time usually a person who reached the age of 100, got a nice cup made of solid silver.

The following piece I wrote some time ago in Dutch. During discussions, we often see that fear and prejudice play an important role. Driven by a certain idea it could lead to wrong conclusions. In our actual society, this could even have serious consequences. See what could happen....
Meer lezen »
Gepost door KOFFIEKRING op 11:55

Regarding questions received from outside The Netherlands I would like to explain something about the volunteer driven social initiative Koffiekring Zaanstad. The name koffiekring refers to people sitting together to drink their coffee. Zaanstad is the name of the town located not far from Amsterdam. By the way between 1 and 2 million tourists are visiting this area each year because of the open-air museum Zaanse Schans, with authentic houses and windmills.
Meer lezen »
Gepost door KOFFIEKRING op 03:50 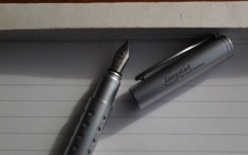